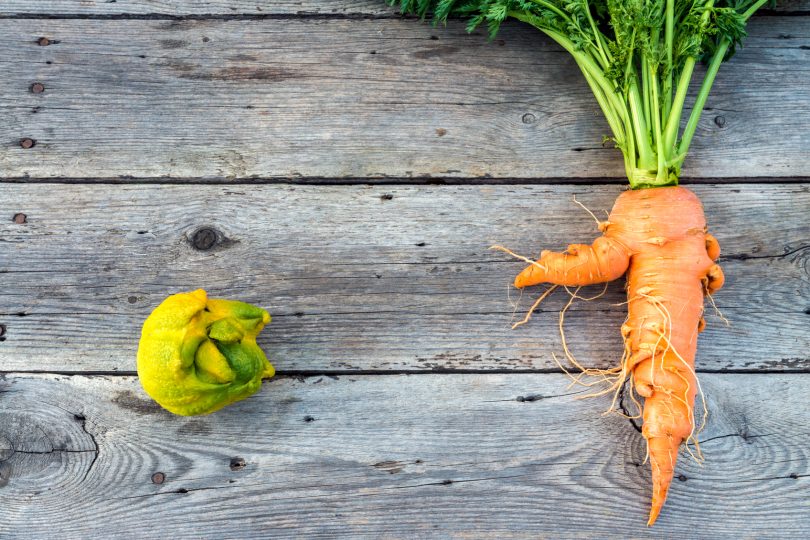 Produce electrifies the aisles of grocery stores, providing nutrients and the framework for conscious well-being and wellness. In the current market, consumers are subject to cosmetically enhanced fruits and vegetables. Grocery stores tend to value aesthetics rather than seeing produce as a whole and nutritious entity. Imperfectly shaped fruits and vegetables (imperfect produce) are considered “ugly,” and therefore aren’t sourced to many grocery stores. “Ugly” produce tastes the same, and is more affordable because of the lesser demand.

What Happens to Imperfect Produce

A relatively new initiative is underway in the U.S. Imperfect Produce, based out of the San Francisco Bay area, strives to deliver imperfectly shaped produce to its customers. According to its owners, Ben and Ben (and Ron), “[They} started out with a vision: to reduce the amount of fruits and vegetables going to waste while providing affordable, healthy produce to consumers. All the produce that’s sitting in your box, begging to be eaten, doesn’t meet grocery store standards because it’s not “perfect” on the outside.”

According to Global Food Day USA,

“30-40% of the food supply is wasted, equaling more than 20 pounds of food per person per month.”

That’s a high number for the average citizen!

Imperfect Produce tracks down food waste and imperfectly shaped produce that would otherwise be thrown away and packs a box full of food for customers to order. (They deliver too!)

Globally, their initiative is helping to eliminate food waste, which serves its purpose to save money, reduce methane, conserve energy and resources and prevent pollution involved in the growing, manufacturing, transporting, and selling and supports the community. Imperfect Produce also partners with fair-trade companies for extra treats in their monthly boxes. In the month of November, they partnered with Raw Spice Bar to include an assortment of spices such as fresh pink Himalayan salt, ground chilies, and vadouvan.

What Can You Do to Prevent Food Waste?

You can do your part to reduce waste, even on a small scale. Check your local grocery stores or farms for produce that would otherwise be tossed. Some stores may be willing to provide imperfect produce free of charge or paired with a small cost. After all, supporting your community through consciously buying and outsourcing food produce will help provide a steady stream of food to those who may otherwise struggle with constant streamline access to organic and fresh produce. In our hearts, earth’s natural fruits and vegetables deserve a home with love so don’t judge food by its shape, rather, understand where it comes from and what forms its intricate details, colors and tastes.

Isabelle Marsh is a freelance writer out of Missouri with a background in nutrition consulting and wellness. She is currently writing a children's book to educate young children on the importance of eating pesticide-free foods.