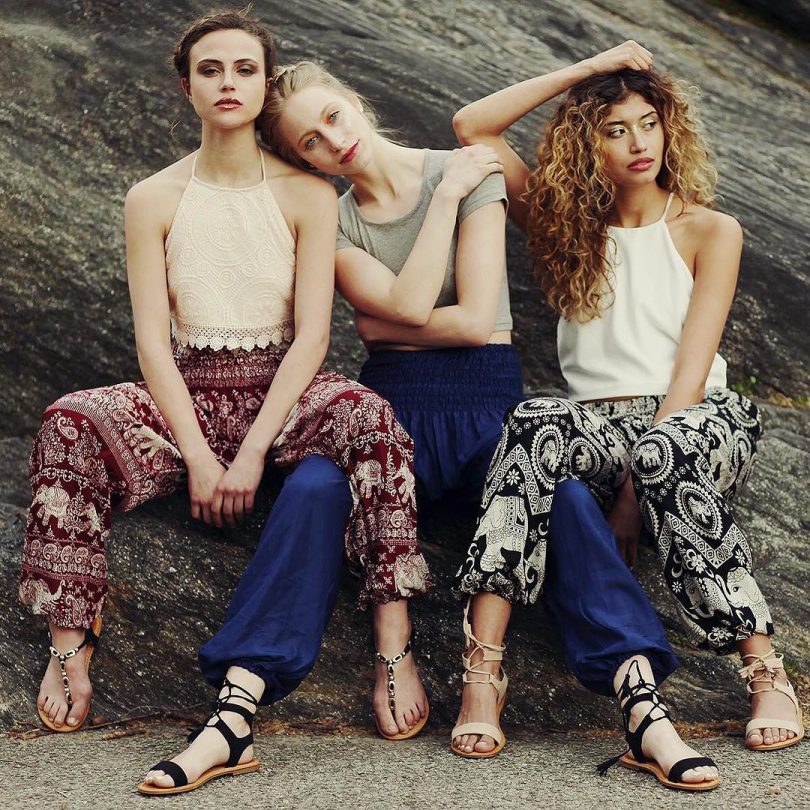 The elephant: strength, honor, and patience. Although elephants are sacred, cherished and globally loved, they still face mass extinction. Here’s where The Elephant Pants go to work! The Elephant Pants is a clothing brand dedicated to saving elephants through the sale of their beautifully designed clothes, beanies, accessories, and jewelry. By focusing on the following four strategies, the company is doing their part to protect as many elephants as possible.

The demand for ivory in many east-African countries has risen, and in just two years, nearly 100,000 elephants were killed for their ivory. Year after year, there are more ivory products on the black market than any other item. That could have something to do with the fact that ivory commands a $600/lb. price tag.

Not all ivory is illegal, which makes protecting ivory more of a challenge. Although laws passed in the past to protect elephants may have failed, some recent legislation may help eliminate the commercial trade of ivory in the coming years.

In September 2015, President Barack Obama and China’s President Xi Jinping committed to a near-complete ban of ivory imports and exports. In June 2016, the U.S. Fish and Wildlife Service also enacted a near-total ban.  China even created a timetable for the extinction of ivory trade altogether.

The Elephant Pants also works alongside The Sumatran Conservation Response Units (CRUs), an organization that places officers in areas where Sumatran elephants most frequent. CRUs focus largely on catching and prosecuting poachers, as this has a major impact on deterring other poachers and increasing the elephant population.

Communities that house elephant tourism are also gaining traction. As citizens become more aware of the social impact of elephant poaching, communities shift in thinking to protection and prevention.

The EEHV Viral Genomics and Pathogenesis Project is working to find a cure for Elephant Endotheliotropic Herpes Virus (EEHV), which kills about 1 in 4 elephants. If discovered, a cure can help decrease the number of elephants dying prematurely. Scientists have gathered since the early 1990’s to identify strains and test treatments to no avail. But, a cure could be just around the corner, which is why Elephant Pants supports efforts to raise awareness for this campaign, as well as tedious efforts to find a cure.

Generating Support for Elephant Conservation Among Local People Project helps educate local communities on the attitudes towards wildlife and elephant tourism. The Nkala Game Management Area Project in Zambia employs elephant deterrent measures to protect farmlands. African countries use alternative methods to increase the livelihood of community members. The human-elephant conflict can end with the education and tools to provide communities with tactics to deter elephants rather than resorting to killing.

Why Should You Care?

Elephant Pants are unique. Their styles range from harem to joggers to yoga pants. Almost every pair is distinctly patterned with an elephant design handmade in Thailand.

The harem style is their most popular item. Kimono style tops emulate Japan’s traditional look with an open front and quarter-length sleeves. The Raju Tunic, a signature item, has a story behind its creation — Raju was an elephant recently released after almost 50 years of torture by the Wildlife SOS. The best part is ten percent of net profits are donated to save elephants.

Elephant Pants wants more for the elephants than purchasing a pair. You can be involved in spreading the message to save the elephants. Become an ambassador, share a creative talent, become an influencer, fundraise or wholesale.

Isabelle Marsh is a freelance writer out of Missouri with a background in nutrition consulting and wellness. She is currently writing a children's book to educate young children on the importance of eating pesticide-free foods.