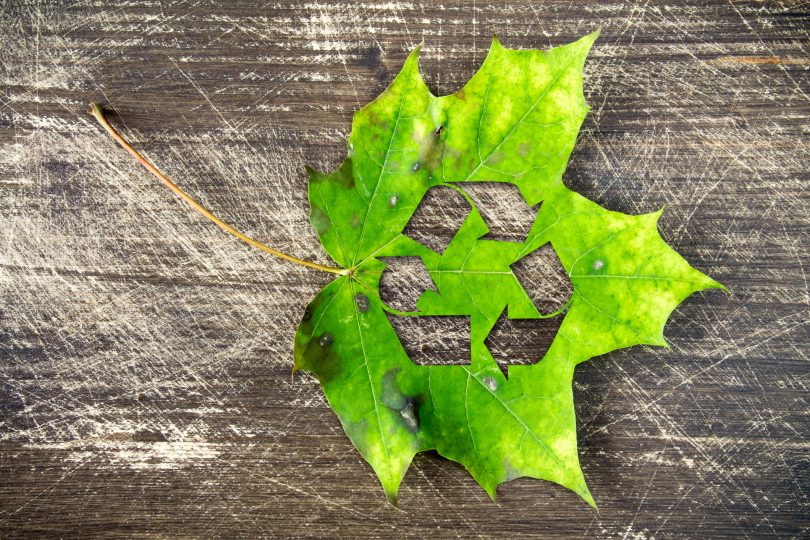 *This interview has been edited for flow

1. How important is consumer education about recycling and do you think current consumers are generally educated?

The timing of your question is great, because it’s certainly one that over the last couple of years had a lot of attention as we have seen the complexity of the waste stream change and seen some of the challenges of that, in terms of consumer education, public education and, I guess, from my perspective, educating consumers about recycling is the brick and mortars – the foundation of a good program – and it’s when we have good consistent programs we have better quality materials, better engagement and it’s just fantastic…recycling programs have grown across the country. It has kind of coincided with the complexity of the materials in the waste stream and so it’s made it a lot harder to educate folks on how to recycle the right things, and at the same time I think we’ve seen budget cuts, and in some places it hasn’t achieved that same level of priority to get programs on the street, and there isn’t necessarily that same investment in the education component that really helps folks understand how to recycle materials correctly – which materials and how to recycle them correctly.

2. Can you talk a little about the change to single stream and how that relates to user education?

I think it is a relevant topic and I think, you know, it’s interesting. We find customers – and I mean we’ve got State recycling goals that are high and city recycling goals that are high and corporate recycling goals that are high – and so folks are really looking for ways to help to achieve those goals. What’s interesting about single stream is we find, consistently, that about 40% more material when you switch – that’s on average – when you implement a single stream program, and so you have [a system that’s] more convenient, and so you have more people who are recycling more. I think at the same time what’s interesting, when you have a cart for example, it’s really easy to add a lot of types of materials and so it really (as we work hard to achieve those high levels of recycling), is its convenience that’s important. Another really important component is that the collection aspect is the most expensive piece of the whole system, and single stream is a much less expensive way to collect so you can basically get more engagement, more recycling, and by doing it in a single stream program it helps to keep the cost lower. And so we find, we have carts with lids and programs that maybe haven’t had as much education around them, as far as implementing them, which has all contributed to what we see as an increase in the amount of non-recyclable materials coming into facilities to the tune of an increase from about 8% to about 16% of the non-recyclable materials coming into our program now versus [before single stream].

3. Can you explain what contamination is?

That’s a great – that’s going to depend on the program, so for example, if you have a program that only accepts bottle and cans, and you put paper in it, then in theory that would be a contaminate in that program. So if you leave something [in your recycling] that is not defined in a program, and that varies by community widely across the country, and is actually something we’ve been working on; creating a little more consistent messaging around what is acceptable to make it easier to understand what can be recycled and what can’t. We certainly have identified…a variety of other stakeholders, and we collaborating on identifying what the key contaminates are, and the ones that are the most problematic, so that we can do better job of educating consumers about how to recycle right.

4. How much is lost to contamination? Is it simply a financial loss (selling bales for lower rates and/or the increased production costs for the extra sorting required), or are we physically losing recyclates that could otherwise have been recycled?

I think the most important thing to remember is that recycling is creating a feedstock for the manufacture of another product, so – and I think that gets lost. So the answer to your question is both – so the recyclates coming into our facilities are a feedstock with lots of [potential] to make a product which then we’re selling for revenue off the back end. So when we have more contamination, we have more cost that goes into processing it, then we have more cost that goes into the residual off the backend, and we have more cost for processing materials that we can’t then sell for a product, so we have less product that we’re selling at the backend. So recyclables are when you have a good quality product, it’s replacing a raw material, and we end up with less of that that we’re able to sell at the backend. So it’s less recyclable product at the backend and it’s more cost, less revenue as well. One of the things we’re really doing is focusing on reducing the amount of non-recyclables coming in the front end so that we can make sure we are not losing that cost at the production facility…

5. Can you talk a little about consumer responsibility for considering packing in purchasing decisions?

Well this is kind of an interesting topic…and I think it’s one that I think about a lot…as a consumer, and I think in 2016 we kind of have a couple of things going on: we have a lot more knowledge and a lot more education, and I think we have a role to educate the consumer a little bit better about the point of recycling. We focused for years on recycling as being the goal, but one of the things I think we need to help consumers understand, so they can take responsibility for it, is recycling as being one tool in the toolbox – we’ve kind of lost sight of some of that whole system/bigger picture of reduction, quite frankly. That really looking at how we can have the broader environmental impact, is the crux here, and that’s kind of been lost in the drive for recycling. We have people, you know, wish-cycling, putting materials into their recycling carts because they really think it’s the best thing to do; where in fact it’s probably creating extra energy use – the non-recyclable material taking a very long, expensive route to the landfill when it’s put in the wrong place. An example I’ll use – I think about this often in my own household – I’ve started to think really differently about my own responsibility. Our household size is now only 2 people, our kids have grown and gone, and when I shop, I buy appropriately for our household size. That means, in our house, for food, for example, I tend to buy smaller quantities that create less food waste, but they have more non-recyclable packaging. My net environmental impact is positive, because the food is a much bigger environmental impact than the package. So I think very differently about what I buy, how I buy it, the packaging I buy it in, and then I’m very careful to make sure I’m recycling right (putting the right things in the recycling bin), so that I’m ending up with that best environmental impact at a broader scale – as opposed to only looking narrowly at whether or not I want it to be recycled. We see a lot of people who are, you know, really their intentions are good with recycling, and that’s really where it’s incumbent upon us to stop, and think, and to make sure that we’re putting the materials into the recycling stream that we know can be, so that we’re recycling right.

6. Is there anything else you feel is important for the consumer to be aware of?

You know, I think for me, and I think we’ve touched on this, [is that it’s about] really encouraging people to think about the broader environmental impacts of what we’re doing…There’s a lot of work being done now to start to think about what our goal really is, and to look at outcome-based performance, and so, again, I think we’ve really touched on it, but to make sure that we’re kind of thinking about that big picture and taking the time to know in each of our communities what can be recycled and recycling the right things because…that accuracy, and not putting non-recyclables materials into our recycling cart, is become really critical. I think part of it is, we’re recycling so much more, the impact is so much greater, and then also we have kind of a change in our global economy that has really made the demand for recyclables less. Companies can often buy virgin materials (virgin feedstock [can be] cheaper), the demand for paper is lower than it’s been in the past, so it really is incumbent upon us to make sure that our first priority is to recycle the right things – well, our first priority is to reduce waste and reduce the amount of material we are consuming, and then second, that we make sure we are recycling the right thing.

I want to thank you for your perspective! I know I’ve learned a lot…I was doing it wrong! I pride myself on being an environmentalist, and I know I have been recycling incorrectly for…many years

I think most of us have [been recycling incorrectly]. You know, I still to this day, I get feedback from people on these things…it’s one we’re all going to need to be continuously learning and making an investment in our own behavior to make sure we do it right because I don’t think you are…you’re not the only one!