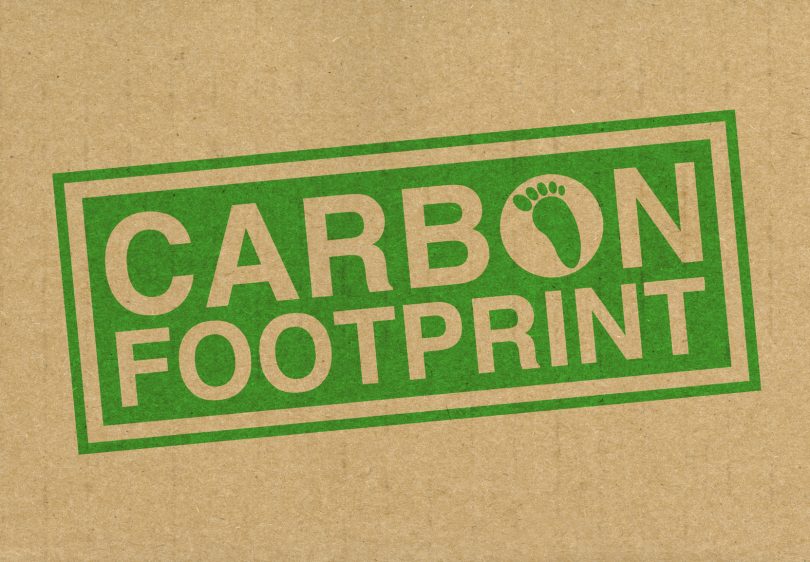 A new(ish) term saturates the climate change conversation: carbon footprint. A lot of us use this term regularly and with implied authority…but do we know what we’re talking about? There are the basics we’ve been taught to do – like replacing light bulbs with the energy-efficient models – but are they effective? Are we spending our efforts to reduce where we should, on reductions that will be the most efficient?

The short answer is no. The slightly longer answer is…

We can break energy consumption down into a few (very basic) categories:

While we work hard to turn off lights when we leave rooms, use energy-efficient light bulbs, and take public transport when we can, it turns out those areas where we can make the most difference may not be what you’d expect.

The Impact of Animal Agriculture on Carbon Footprint

According to Cowspiracy.com, animal agriculture contributes 18 percent to total greenhouse gas emissions. On the other hand, the exhaust from our cars only comprises 13 percent. If you add animal by-products to the mix, that 18 percent becomes a whopping 51 percent contribution. So taking public transport to work, or walking instead of driving, are admirable efforts, but they are not the whole picture. Skipping meat and dairy on occasion could be just as, or more effective than much of what we’re already doing. It’s also interesting to note that this aspect of your footprint is often overlooked or ignored.

In contrast to the Cowspiracy numbers above, the EPA breaks down agriculture inconsistently from one article to another, so it’s quite hard to tell what contribution the farming of animals is making. In the global emissions graph, the category labeled “Agriculture, forestry, and other land use” maintains a weight of 24 percent, versus the breakdown in the national emissions (US) graph listing only Agriculture at 9 percent. Both graphs identify Transport and Industry (which are a part of the animal agriculture life-cycle), as separate categories. And whereas Agriculture seems to include animal and vegetable, “Agriculture, forestry, and other land use” is so ambiguous it’s tough to tell where animals stop, and vegetable and trees begin. With this mess of numbers, how are we to know how much of our footprint is affected by forgoing the hamburger?

The Impact of Fashion and Consumer Goods on Carbon Footprint

Another area we often overlook is the Fashion and Consumer Goods category. Fashion is a tricky topic that encompasses not only textile production, but also manufacturing, transportation, packaging, and even agriculture. Due to fingers in every field, fashion is one area where we can affect the whole footprint with a few easy changes.

One of the most important things you can do is buy quality. To achieve this though, you must spend money or buy secondhand. Avoid fast fashion and large corporate chains. This new approach does not necessarily mean that you have to buy high-end or luxury brands, but it does require that you do your research. Alternatively, a great way to save both money and time is to learn to thrift like a pro. Understanding the types of fibers and variety of textiles available can go a long way towards making great decisions when buying second hand.

If you only paid $20 for that sweater, someone else is paying the rest.

Arguably the next most important thing you can do is to buy local as often as possible. This is especially true of food and other consumer goods, not just fashion. Choosing goods that have not traveled far not only helps your footprint, but it also keeps local products from traveling away and stimulates the local economy.

I took three carbon footprint tests and found the varied results fascinating and slightly biased towards transportation and home energy usage. One discrepancy in self-testing is the varied definitions. But the tests still give actionable insight.

My first test, from the EPA, informed me that my household produces about four tons of CO2 less per year than the average American household of the same size, for a total of about 18 tons produced (versus 22 tons for the average, or approximately 20 percent less). However, it only asked about three topics:

It didn’t ask me anything about my shopping or eating habits, which seems irresponsible considering the effect they have on my total output. By ignoring specific industries I am not only getting an inaccurate view of my contribution, but I am also being led to believe that transportation, waste, and home energy usage are the only areas I can make a difference.

The next test, from The Nature Conservancy, was quite a bit more comprehensive. Their analysis allows you to set specific amounts in a range of categories, including:

Once the extra inputs were applied, I was able to shine with green and produced a score that’s 61 percent below the average American household of the same size. However, that was based on an average family of similar size consuming 51 tons of C02 per year. That’s a massive difference from the typical average of 20 tons as set by the EPA.

The last test, the Carbon Calculator, mostly focused on the same obvious categories as the EPA but included a compressed section with everything else. This test is the one I bombed, coming in at 27 tons of C02 per year.  Their equivalent size household was the same as the EPA’s at 20 tons per year.

So what does all of this mean?

I believe it’s a reflection of the sustainability debate in general; namely, that we are still figuring it out. That it is a continuing debate and that the act of trying to get it right may be the most important act we can perform. But, like always, education is vital. You have the power to affect change, and it lives inside of your dollar. By making more responsible choices, the consumer can force the industry to adapt and be held accountable. So share this with friends and family, engage in discussion, and think before you buy.