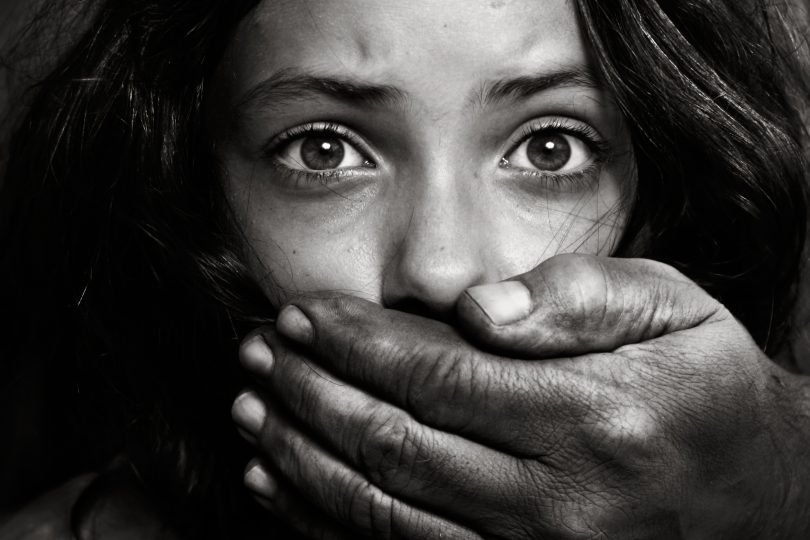 “It was then that I realized that my family’s contact was a madam. [My parents] told me to obey her and do whatever she told me to do. I didn’t have any papers and didn’t know my rights. She said that if I asked anyone for help, I would be deported, so I didn’t think I had any choice but to become a prostitute…the women here are so desperate for money that they don’t care about AIDS—people here are ready to die. This is blood money, and it was killing me, too.”
–Grace, a survivor of human trafficking

The United Nations defines human trafficking as the recruitment, transportation, harboring or receipt of people moved through coercion, force, or abduction for the purpose of forced labor or exploitation. Human trafficking affects an estimated 2.9 million people worldwide, but the exact number is unknown due to the covert nature of the crime. It is a global problem that exists on every continent, has touched every country, and can even be found in seemingly ordinary apple-pie Middle American communities. There are at least six types of modern-slavery that drives human trafficking:

Forced and bonded labors are the largest form of slavery today.

Human trafficking is a $150 billion dollar industry. To date, it is the fastest growing international crime and one of the largest sources of income for organized crime. Some industries rely on trafficked peoples and forced labor. Legitimate businesses often operate in tandem with human trafficking. It is extremely difficult to root out human trafficking in supply chains that are multinational because there is a lack of traceability. Electronics, farming, and textile industries in particular rely on human trafficking to support their labor demands.

Who are the Victims?

Anyone can become a victim of human trafficking. The stereotypical trafficking victim shown on TV doesn’t define who is vulnerable. Part of the danger, and the success for traffickers, is that sometimes victims do not fit the stereotypical image that we have been conditioned to accept. However, there are factors that make individuals more vulnerable to traffickers. It’s reported that 55% of human trafficking victims are women and girls, and 26% overall are children.

Vulnerable demographics include runaway and homeless youth, victims of war, domestic violence, sexual abuse, or social discrimination. In short, people who are somehow traumatized or otherwise isolated are most often preyed upon. Victims are often offered a better life, job, or even love. When that doesn’t work, traffickers resort to violence. Traffickers control their victims through physical coercion, threat of violence, and confiscation of identifying documents and money. They force people into powerless situations, where they then cut them off from their family, income, and legal access. Often times, traffickers go as far as to ensure that their victims are also unable to speak the language of their destinations. The abuse that traffickers use to maintain control encompasses all forms of physical, emotional, and mental abuse.

Who are the Traffickers?

Unfortunately, while there is an idea of who traffickers may be, there is no exact profile. They come in many forms: a potential trafficker could be a family member, a gang, criminal network, a small or large business owner, or even “average” citizens. The only strong trend that has emerged while studying patterns of human trafficking is that traffickers often share some similar characters with their victims, such as ethnic or national backgrounds.

Trafficking Can Be All Around You

Human trafficking is like a web of silent victims and abusers that ensnares millions of unknowing communities. Trafficking is most prevalent in central and Southeastern Europe, followed by Africa and the Middle East. But do not mistake it for being an issue that cannot happen in your hometown. The United States is primarily a transit or destination country for trafficking. Texas, California, Florida, New York, Ohio, and Michigan have some of the highest human trafficking rates in the country. Sporting events are hubs for human trafficking in particular. The Super Bowl is the largest event to effect human trafficking in the U.S., while world cups and the Olympics create the same problem where ever they go. The massive influx of people into a host city has historically resulted in an increased demand for both forced labor and sex slavery.

Fighting Human Trafficking from All Angles

Movements to spread awareness about human trafficking have gained recognition over the last decade. Besides helping victims of human trafficking, all movements also stress how important it is for people to report a suspected trafficker or trafficking victim to authorities.

Businesses, such as hospitals, airlines, and hotels, have also stepped up to fight trafficking by educating their staff on how to recognize the signs and report suspected criminal activity. The Global Business Coalition Against Human Trafficking (GBCAT) includes companies such as Delta Airlines, Ford, Coca-Cola, and Exxon Mobil. GBCAT’s mission is to use the power of the business community to end human trafficking. GBCAT companies focus on: training and educating employees, awareness of sex trafficking in travel and tourism, identifying and preventing trafficking within the supply chain, and strong communication and outreach. GBCAT also presents several case studies about what specific steps these companies are taking in their own sector to disrupt human trafficking.

Of course, dismantling the hidden web of human trafficking is not just a fight for advocacy groups. Ordinary individuals (especially those living in trafficking hubs) can do their part by being vigilant and knowing the signs.

If you’d like to know more about trafficking and how you can help check out these organizations:

A continued list of organizations serving the United States and other regions of the world can be found here.