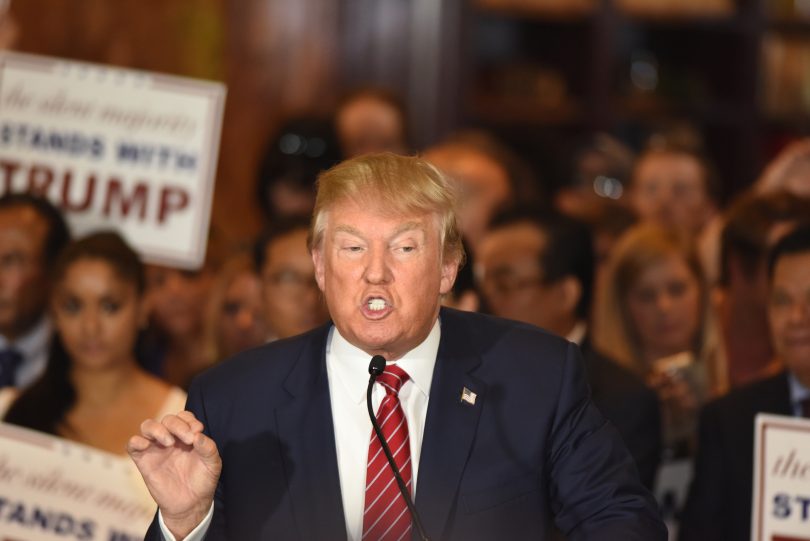 Over the past few days, we have heard from so many of you. Victims of sexual assault who know all too well what “locker talk” leads to. Families who are afraid they will be taken from their children in the dead of night. People of color who are being killed at alarming rates. Sadly, the list goes on. Rest assured, we have heard your voices.

Yes, we have heard a lot of hate from the incoming administration, but we’ve also seen an amazing outpouring of love — and that’s exactly what it’s going to take from now on. We no longer have the luxury of sitting idly by and hoping for the best. Hope alone will not save us. Only action will.

And it starts now.

Charities That Need Your Help the Most

We have hand selected a number of charities that benefit those groups Donald Trump & Mike Pence targeted the most during their campaign. Do your part today and donate to these amazing causes. If you can’t afford to make a financial contribution, then volunteer for the organization. If you can’t volunteer, then share this article with those who might. It doesn’t matter what you do, as long as you do something.

“Sadly, the overwhelming amount of violent crime in our major cities is committed by blacks and Hispanics – a tough subject – must be discussed.”

Mission Statement – “The SPLC is dedicated to fighting hate and bigotry and to seeking justice for the most vulnerable members of our society. Using litigation, education, and other forms of advocacy, the SPLC works toward the day when the ideals of equal justice and equal opportunity will be a reality.”

Mission Statement — Established in 1979, the National Immigration Law Center (NILC) is the primary organization in the U.S. exclusively dedicated to defending and advancing the rights and opportunities of low-income immigrants and their families. NILC believes that all people who live in the U.S.—regardless of their race, gender, immigration and/or economic status—should have the opportunity to achieve their full human potential. NILC has been at the forefront of many of the country’s greatest challenges when it comes to immigration issues, and plays a major leadership role in addressing the real-life impact of polices that affect the ability of low-income immigrants to prosper and thrive.

“Congress should support the reauthorization of the Ryan White Care Act only after completion of an audit to ensure that federal dollars were no longer being given to organizations that celebrate and encourage the types of behaviors that facilitate the spreading of the HIV virus. Resources should be directed toward those institutions which provide assistance to those seeking to change their sexual behavior.”

Mission Statement — The Human Rights Campaign and the Human Rights Campaign Foundation together serve as America’s largest civil rights organization working to achieve LGBTQ equality. By inspiring and engaging individuals and communities, HRC strives to end discrimination against LGBTQ people and realize a world that achieves fundamental fairness and equality for all.

“The answer is that there has to be some form of punishment [for women who get abortions].”

Mission Statement, in part – Planned Parenthood believes in the fundamental right of each individual, throughout the world, to manage his or her fertility, regardless of the individual’s income, marital status, race, ethnicity, sexual orientation, age, national origin, or residence. We believe that respect and value for diversity in all aspects of our organization are essential to our well-being. We believe that reproductive self-determination must be voluntary and preserve the individual’s right to privacy. We further believe that such self-determination will contribute to an enhancement of the quality of life and strong family relationships.

“Donald J. Trump is calling for a complete and total shutdown of Muslims entering the United States until our country’s representatives can figure out what the hell is going on.”

About the Organization – “For nearly 100 years, the ACLU has been our nation’s guardian of liberty, working in courts, legislatures, and communities to defend and preserve the individual rights and liberties that the Constitution and the laws of the United States guarantee everyone in this country…”

About the Organization – “RAINN (Rape, Abuse & Incest National Network) is the nation’s largest anti-sexual violence organization and was named one of “America’s 100 Best Charities” by Worth magazine. RAINN created and operates the National Sexual Assault Hotline (800.656.HOPE, online.rainn.org y rainn.org/es) in partnership with more than 1,000 local sexual assault service providers across the country and operates the DoD Safe Helpline for the Department of Defense. RAINN also carries out programs to prevent sexual violence, help victims, and ensure that perpetrators are brought to justice.”

*If you would like to add a charity to our “Charities That Need Your Help” section, please comment below.

After years of covering Pop Culture & Entertainment news, Jonathan decided it was time to do… well, something that actually matters. Now, more than ever, he believes that we have an obligation to fight for disenfranchised people everywhere, protect our endangered planet and make a conscientious choice to purchase products that serve a greater purpose. After all, we are in this together. In addition to hopefully making the world a better, more sustainable place, he also dreams of never writing another article about the Kardashians. Please join us in this endeavor. Yes, even you, Kim.