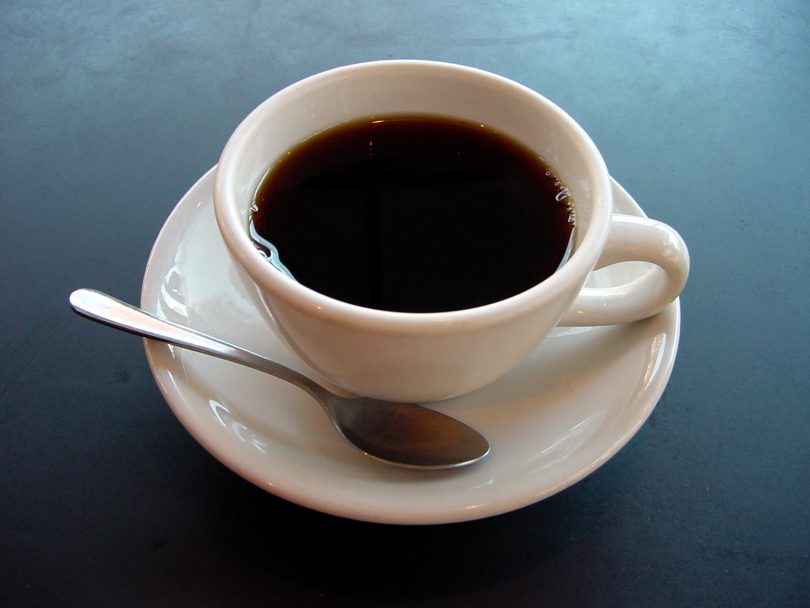 With lofty beginnings in the cradle of civilization, coffee was an imported beverage to Europe and, much later, North America. Auspicious beginnings combined with the spark that set off a nation (aka the Boston Tea Party) led to a burgeoning new market. Now Folgers and Maxwell House, Starbucks and smaller boutique chains, bring the caffeinated goodness to the world at a rate of just over three cups per person per day in the United States. And this brings me to the question – the one I have to keep asking and beg of you to ask the same – where does it come from, and who gets our money? The short answer is, probably not the farmers.

Vega Coffee is the new kid in town, and their idea to combine the growing with the roasting is an ingenious approach to delivering the freshest possible bag of beans. But they haven’t just teamed with farms and farmers to bring you the best warm cup-of-yum they can, they have also insisted on disrupting the status quo. As you can see from the infographic below, the bean you drink passed through many hands, many countries, and traveled untold miles to make it to your mug. 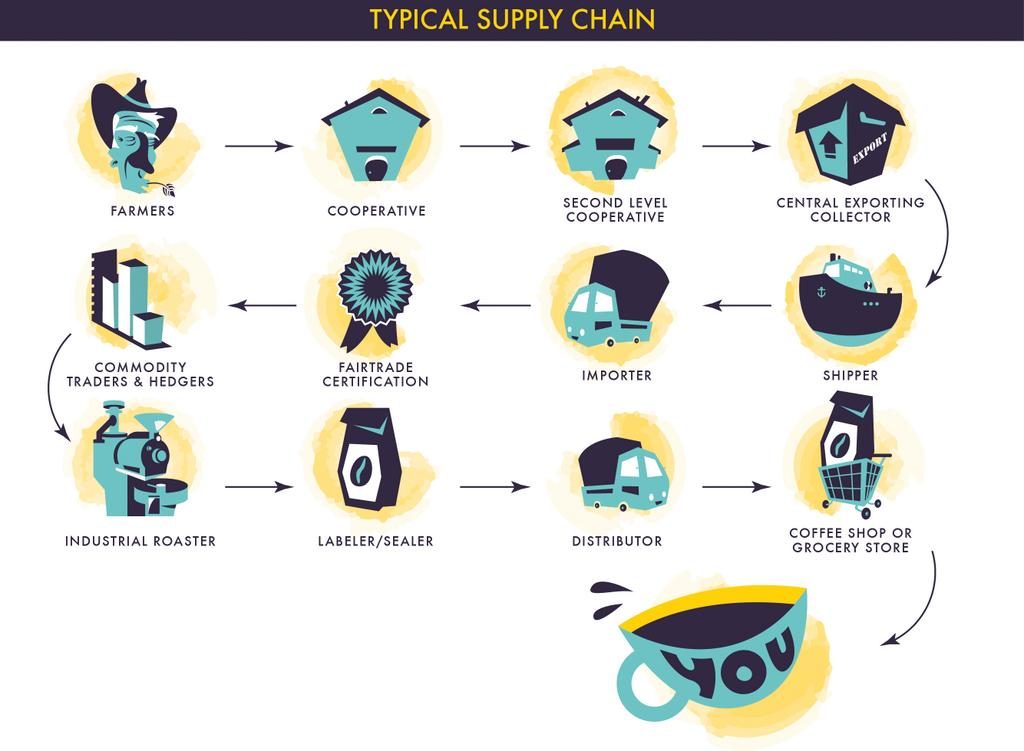 Where Vega is different is in their foresight to recognize that, with help from advancing technology, they can now bring the coffee directly to you from the source. This shortcut puts your money in the hands of the farmers and cooperatives that grow the crops. Starting in Nicaragua, they are currently working with a few specific coffee farmers, but they hope to branch out to other farms and countries as they grow. According to the Vega team, “90 percent of the profits in the coffee supply chain are in roasting, leaving farmers with the most at stake earning the smallest share.” Something clearly needed to be done, and I believe Vega is hoping they are not the only brand that will adapt to this new approach.

For me, it mostly comes down to the steaming hot cup. After accidentally getting the wrong grind on my first bag and having to order a second bag (a fortuitous moment, but I’ll come right back to that in a moment), I finally managed to brew the first french press pot. Is it cheating if you make it in the forest, surrounded by towering trees and birdsong? Assuming the pleasantness of my surroundings did not affect the taste, I can officially report I was pleased with the results.

However, that mistaken bag was the clincher for me, and I am now a Vega-die-hard! I am not a fan of my Aeropress. But with a grind less than coarse, it was my only option to use up that first bag. So out comes the Aero and with it a whole new world of coffee. Who knew I’d just been drinking substandard grinds the entire time? The complex flavors sink into an earthy base, leaving your palate with a taste that is both exactly coffee, but so much more than that as well. I didn’t know the tasting notes that adorn the finer roastings could be taken so seriously or appreciated so fully.

The Moment Of Bliss 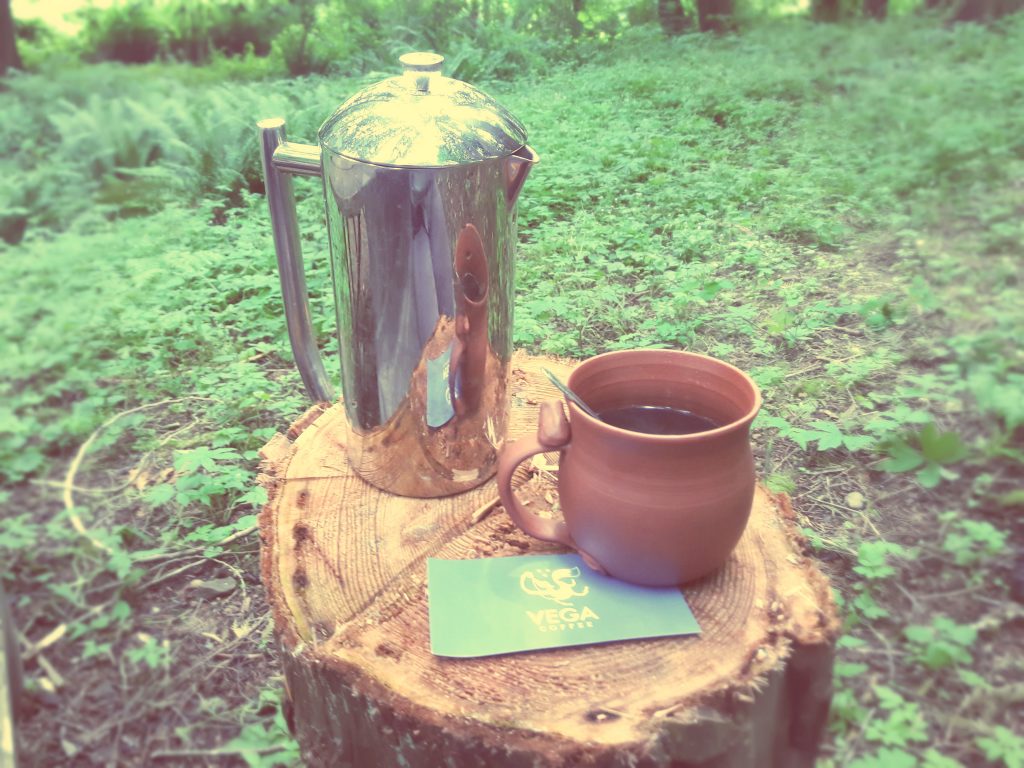 I used to live at the bottom of a cliff. Every Sunday I would climb the trail up the cliff, partly for exercise, but mostly to fully appreciate the treat at the top. For those Seattleites among you, you may experience a slight flutter of the heart, a beat of anticipation, at the name, Caffe Fiore. This small chain organic coffee shop trains real baristas to make real coffee. My Valencia Mocha featured shaved dark chocolate and candied orange zest. I needed to work for this coffee. It was too good for me to drink if unworthy. I’m sharing this story so that when I tell you Vega in my Aeropress has changed my life in much the same way, you will understand.

New customers get an (almost) unheard of 30 percent off their initial subscription when signing up for the newsletter. You can tailor your subscription to your unique drinking requirements, or make single purchases for your home, office, or for gifts. So dust off your Aeropress, or get your reusable Keurig cup ready, and get to tasting!

After a lot of hard work and planning, Vega Coffee seems ready to meet any challenge head-on, and you know they’ll be doing it with all the vigor of a recently caffeinated warrior.

This article was updated June 2018.